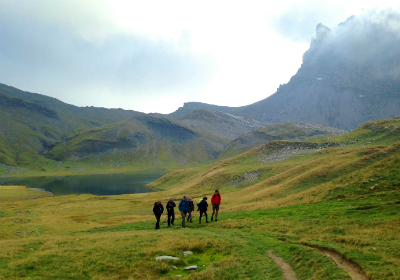 Reflections on the Bucket Project

I recall a strange thing happening on that final mountainside as we walked to the edge of the hill with a wide French alpine vista ahead of us. I say strange but it didn’t seem so at the time, and it only feels “strange” in retrospect; at the time I thought nothing of it. We had all journeyed through the mountains over the preceding two days exploring the countryside, the nature, the weather and the sights, and as well discovering the physical terrain, we had been gently ushered on a different more personal exploration. Unlike the first journey which had a starting point (a magnificent emerald mountain lake) and an end point (the warm embrace of a verdant alpine valley) the second of these “journeys” were personal to each individual. They were not about a starting point and an end point. It was not, in my experience, intense or insistent; it was never intrusive but it was nevertheless deeply emotional, cathartic and ultimately joyful.Both voyages were conducted in a way that made the two experiences, at the time and in retrospect, indivisible. Looking back now with the distance of some months, my recollections are of a feeling of deep relaxation (despite the physical exertion), of contentment, of fulfillment and especially of being in the moment. Time took on a new aspect - it didn’t impinge on the moment and by the end, and afterwards, I’d have been hard pressed to tell someone how long we spent. Apart from anything else, it didn’t feel relevant to describe it in terms of time. 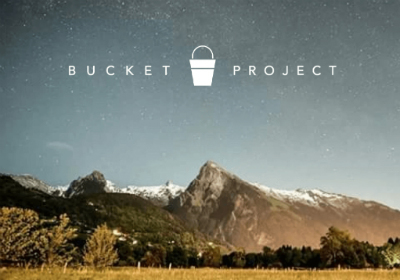 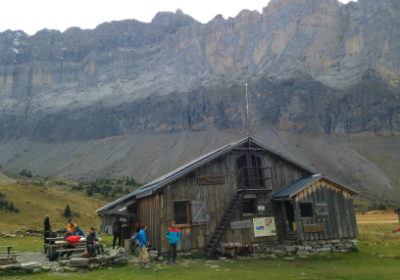 And so to that final morning walking onto the mountainside towards the clearing, and a collective and unorchestrated absorption in the moment: no words spoken, just standing and being, an enduring pause. For me, it was about being in a place, both outside and within, of contentment, but also a very personal feeling that we had come to the end, for now, of our twin voyages, and that in returning from the mountain I was about to step back into the world, but with a new sense of myself and on a new path. At the time on the mountainside, and afterwards, I recalled this quote by Patrick Overton, which I have often used, but in that moment experienced for the first time:

"When we walk to the edge of all the light we have and take that leap into the darkness of the unknown, we must believe that one of two things will happen. There will be something solid for us to stand on, or we will be taught how to fly."

The irony, that I didn’t have an inkling of at the time, was while I had faith that there would be something solid to stand on I would never have guessed that I was about to be taught to fly… Guest blog by Richard Billingham, Director of HR at Aston University. Find out more about the Bucket Projectbucketproject, password: edelweiss